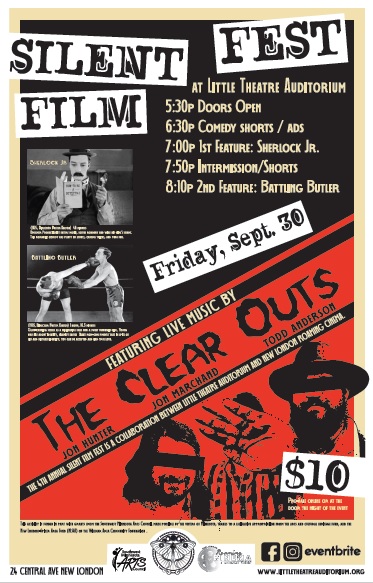 In honor of this year’s Silent Movie Day, New London Roaming Cinema will be showing a double feature of Buster Keaton on Friday, Sept. 30, 2022 at Little Theatre Auditorium in New London MN. 📽

Comedian/Director 🎬 Buster Keaton has had two biographies released this year; come to the theatre to see why this silent comedian still connects with a modern world.

The 4th annual Silent Film Fest is a collaboration between Little Theatre Auditorium and New London Roaming Cinema.
This activity is funded in part with grants from the Southwest Minnesota Arts Council made possible by the voters of Minnesota, thanks to a legislative appropriation from the arts and cultural heritage fund, and the New London-Spicer Area Fund (NLSAF) of the Willmar Area Community Foundation .