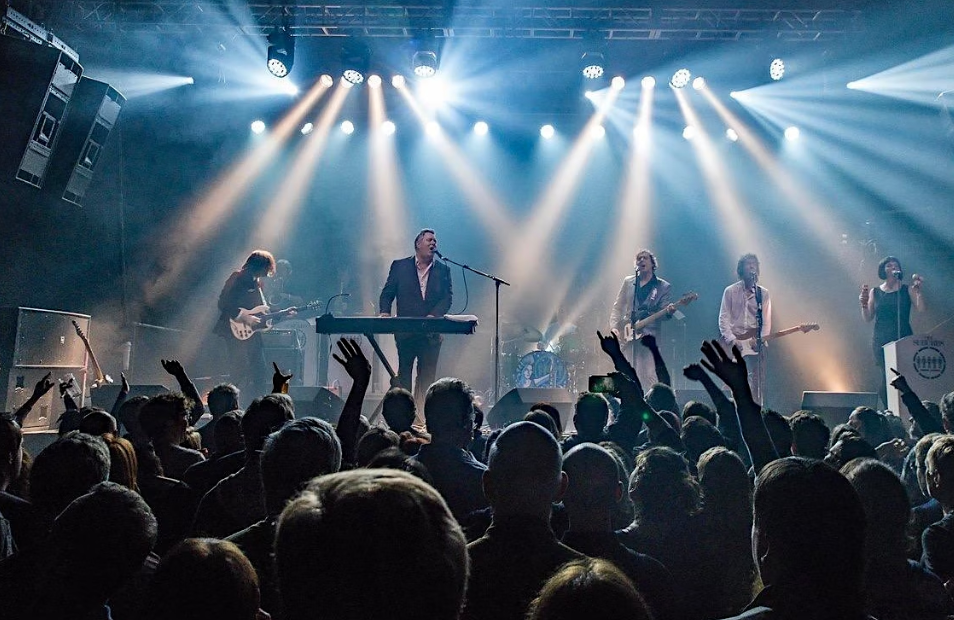 Often described as a Midwest Roxy Music, The ‘Burbs have been making their unique punk-pop-art-dance records and performing off and on ever since the ‘Minneapolis Sound’ heyday.

Founded in 1977, The Suburbs are recognized worldwide as among the original heroes of the “Minneapolis Sound”; a historic music era that saw the emergence of other bands like The Suicide Commandos, Prince, The Replacements and Husker Du.

Led now by original keyboardist and singer Chan Poling, original drummer Hugo Klaers, and longtime saxophonists Max Ray (also of The Wallets), they are augmented by a supergroup of newcomers: Stevie Brantseg and Jeremy Ylvisaker on guitars, Steve Price on bass, Janey Winterbauer on backup vocals, Rochelle Becker on Bari Sax and Stephen Kung on horns and keys.

Voted among the “100 Most Influential Minnesota Musical Entities of the Twentieth Century” by The Minneapolis Star Tribune, with dance-club hits like “Waiting” and ”Music for Boys”, and radio hits like ”Life Is Like”, “Rattle My Bones”, and the 2013 Marriage Equality Anthem, “Love Is The Law”, The Suburbs could be forgiven for resting on their laurels. But the music and accolades keep on coming. “Turn The Radio On” from their 2013 album “Si Sauvage” was voted “Song Of The Year” by a poll of local music critics in the Minneapolis Star Tribune, and The New Yorker magazine, praising their last release “Hey Muse!”, wrote; “The ensemble maintains its quirky spunk and funky pop energy”.